How to speak to your child about suicide 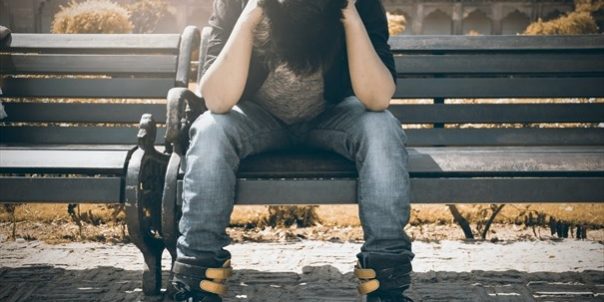 How to speak to your child about suicide

Ontario therapists weigh in on how to have the tough conversations

Since the onset of the COVID-19 pandemic, Oakville therapist and social worker Karen Thornton has been seeing clients as young as four.

Thornton said in addition to the anxiety of coping with COVID-19 and the feeling of being stuck at home, witnessing their parents struggling in various capacities can also contribute to a decline in children’s mental health during this time.

She added that it is important for parents to communicate openly and honestly about their emotions and to be prepared, when necessary, to have tough conversations with their children in age-appropriate ways.

For some children, this may include conversations about suicide.

According to Canada’s Centre for Suicide Prevention, “Regardless of whether they understand the consequences of their actions, children may consider death as an option to end their emotional pain without fully understanding the finality of their actions.”

What are the signs my child may be experiencing suicidal ideation?

It is important for parents to remember that signs your child is experiencing suicidal thoughts may not always be blatant, Thornton said.

It also varies from child to child and varies based on age, Brampton therapist Insia Dharsi (Hirawala) added.

Dharsi and Thornton advise parents to be aware of the following signs.

• Disinterest in things that normally interest them

• Changes in sleep patterns and energy

In preteens and teenagers:

• A sense of disconnection

• Using language that expresses wanting to end their lives, a lack of belonging or feelings of unworthiness

• Spending a lot of time researching on the Internet

• Any signs of self-harm

Dharsi added that in more severe cases, parents might notice a plan starting to form. For example, the child may appear to be getting their affairs in order, giving away their possessions or saying unconventional goodbyes to friends and family. Perhaps they have purchased or borrowed a tool to complete the suicide, such as a firearm or medication.

In any case where parents feel their child is in imminent danger, they should head to the nearest emergency room or seek help from a mental health professional immediately.

How can I speak to my child about suicide?

Dharsi said first and foremost, it’s important to be direct.

One way parents can approach this is by sitting down with their child and telling them they are worried about them and explaining why and what they have been witnessing.

Thornton said it is important that these conversations be age appropriate.

For younger children, this may mean relating the situation to something the child is familiar with, such as the characters in a television show they enjoy. Asking questions like, “How would you feel if something happened to that character?” may be a way to get on their level, she added.

Teenagers, Thornton said, want to be heard. And while it’s important to be direct, parents should be cautious not to accuse their child of having suicidal thoughts.

She said one way of doing this is by asking questions that draw from incidents the parents have witnessed, such as, “I notice that you’ve been talking a lot about suicide or playing a lot of suicide music, are you feeling depressed?”

Once a child does open up about what’s going on, Dharsi said parents should be careful not to minimize the problem or shame their children.

“Saying things like ‘Oh, it’s not a big deal,’ or ‘Why are you doing this, you have a life to live,’ or ‘Things are better in your life than my life,’ those things are going to shut that child down even more and make them regret even opening up to you in the first place,” she said.

What happens if my child refuses to see a mental health professional?

Collaborating with your child as to how they are going to seek help is key to having an open and honest relationship, Dharsi said.

You can give them the option of speaking to you first, or going together to see a mental health professional, but whatever you do, it is important to be persistent while also respecting the child’s  feelings, she added.

This means no forcing, demanding, threatening, yelling or shaming.

If the child is expressing resistance and wants to be left alone, Dharsi advises parents to let the child know they respect their wishes but also that they are worried about leaving them alone.

Parents can then ask open-ended questions like, “What can I do so that I’m not worried about you and so that you can ensure me that you are safe?”

Centre for Suicide Prevention’s ASIST training educates people on warning signs, what to look for and how to help.

How can we prevent childhood suicide?

Hold On To Your Kids: Why Parents Need to Matter More than Peers speaks about the importance of a parent’s role in a young person’s life in a technologically-driven world.

No-Drama Discipline: The Whole-Brain Way to Calm the Chaos and Nurture Your Child’s Developing Mind identifies strategies to discipline your child and ways to connect and nurture your relationship.

Is Your Child Depressed or Suicidal?: The Warning Signs of Depression & Suicide Risk outlines the causes, effects and ways to prevent depression and suicide risk in children.

As a way of limiting the spread of COVID-19, the Phoenix Centre has been limiting our face-to-face services with our valued clients during this time. We are still here and committed to providing the best service that we can. Clinicians will continue to provide services by telephone, videoconference and some in-person appointments are available on an as-needed basis. Our reception services will be available between 9:00 a.m. and 3:00 p.m. Monday to Friday.